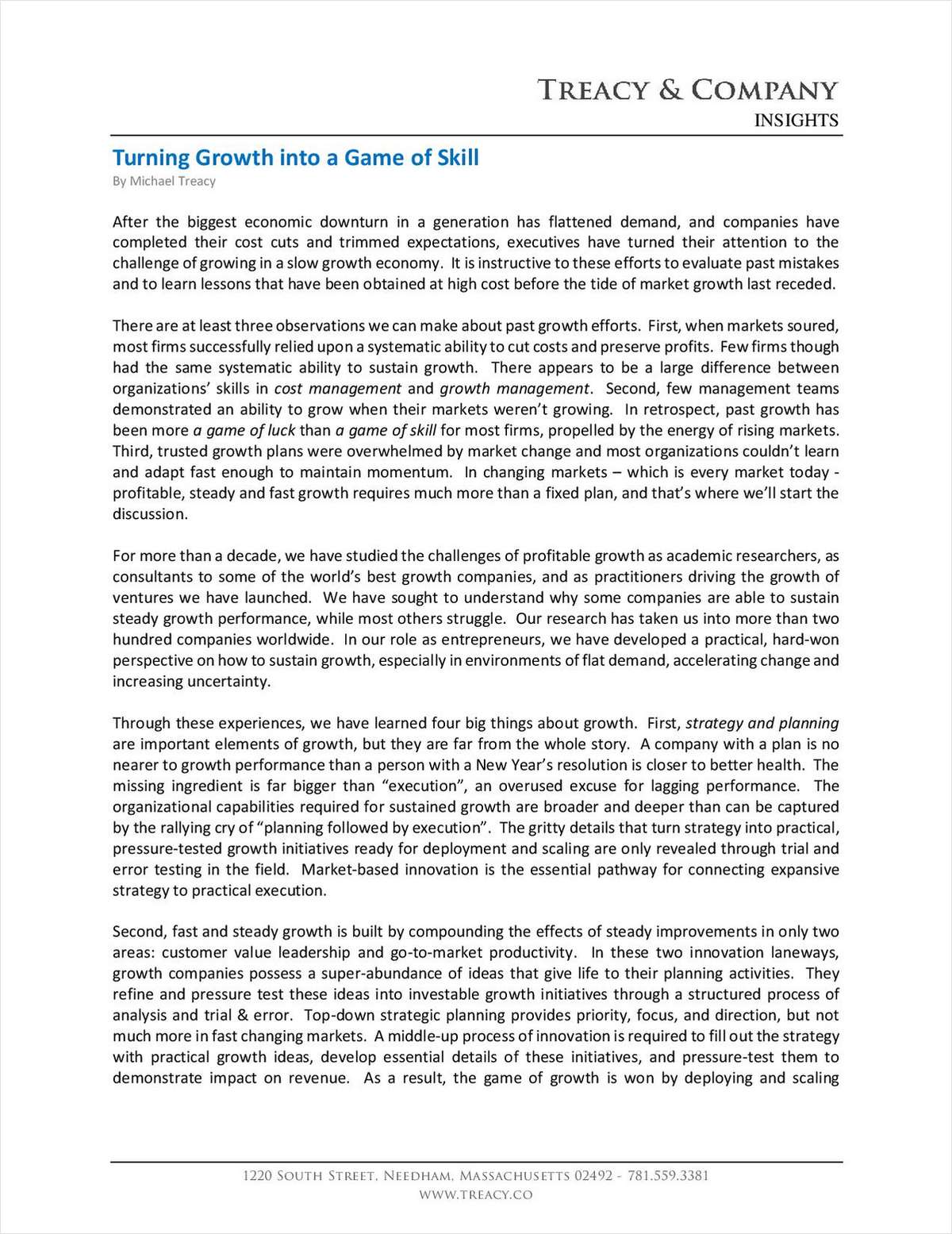 "Turning Growth Into a Game of Skill"
DOWNLOAD NOW

For the vast majority of companies, growth is a game of luck, propelled by the energy of rising markets. At Treacy & Company, we believe growth should be a game of skill.

After the biggest economic downturn in a generation has flattened demand, and companies have completed their cost cuts and trimmed expectations, executives have turned their attention to the challenge of growing in a slow growth economy.  It is instructive to these efforts to evaluate past mistakes and to learn lessons that have been obtained at high cost before the tide of market growth last receded.

There are at least three observations we can make about past growth efforts.  First, when markets soured, most firms successfully relied upon a systematic ability to cut costs and preserve profits.  Few firms though had the same systematic ability to sustain growth.  There appears to be a large difference between organizations’ skills in cost management and growth management.  Second, few management teams demonstrated an ability to grow when their markets weren’t growing.  In retrospect, past growth has been more a game of luck than a game of skill for most firms, propelled by the energy of rising markets.  Third, trusted growth plans were overwhelmed by market change and most organizations couldn’t learn and adapt fast enough to maintain momentum.  In changing markets – which is every market today - profitable, steady and fast growth requires much more than a fixed plan, and that’s where we’ll start the discussion.

To read Treacy & Company’s white paper Turning Growth Into a Game of Skill in its entirety, please visit the Treacy & Company website at treacyandco.com or Request Now above.

Open Now
How the Office of Finance Drives Digital Resiliency